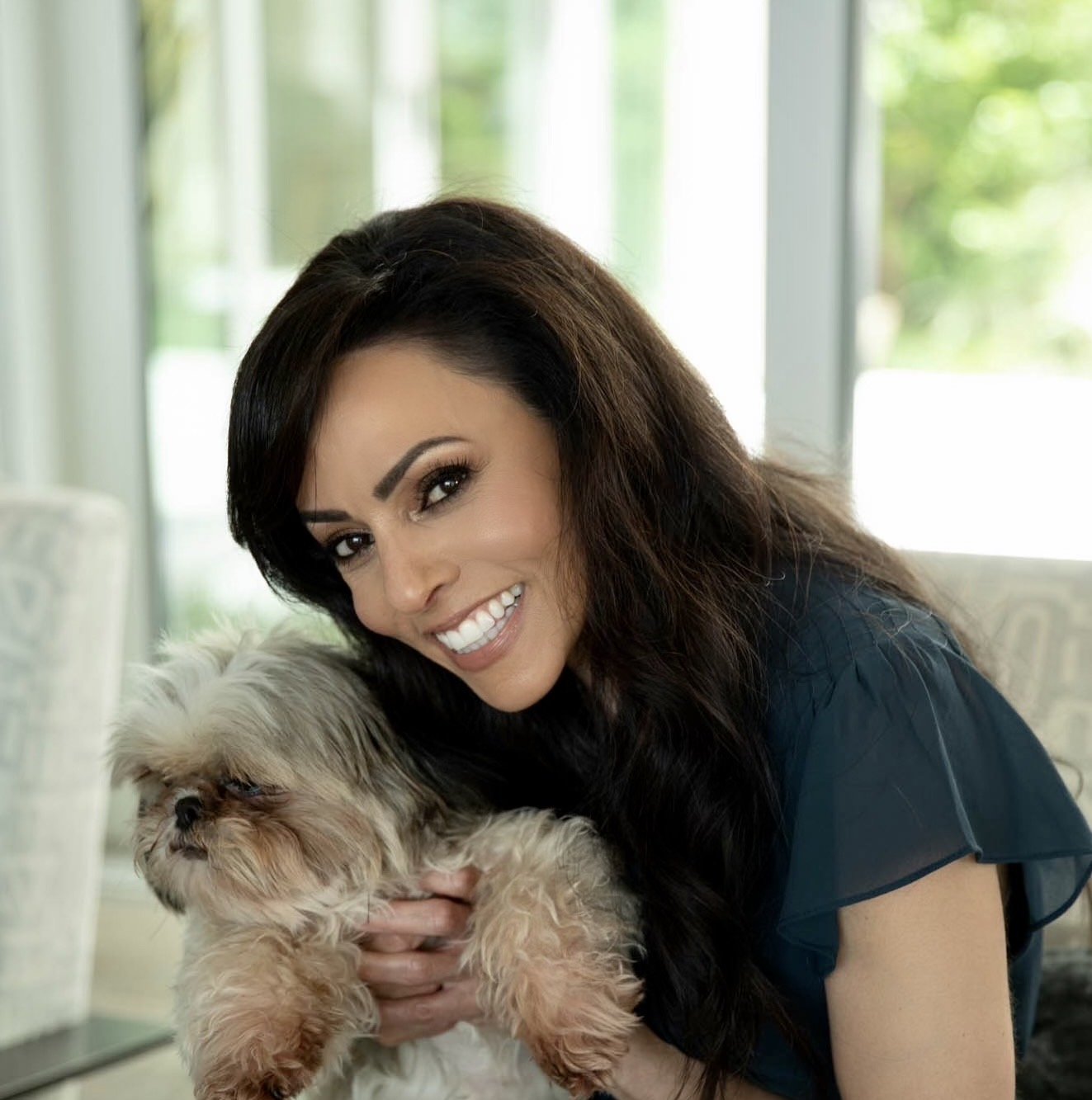 Iron is one of the most commonly deficient minerals seen in people with thyroid and autoimmune thyroid conditions. In this article I’ll discuss iron deficiency anemia, including some of the common causes, how it can impact thyroid health, and what can be done to correct this problem.

First of all, even though I’m going to talk about iron deficiency anemia, it’s important to understand that you can have an iron deficiency without having anemia, and you can have anemia without having an iron deficiency.  To better understand this let’s discuss what happens when someone has anemia.  Anemia results when the body doesn’t produce enough red blood cells or hemoglobin.  Although many conventional Docs don’t perform an iron panel, most routinely order complete blood counts to look at the red blood cells, hemoglobin, and hematocrit.  When someone has anemia one or more of these values are depressed.  Hemoglobin is an iron-rich protein which gives blood its red color, and so when iron is low, typically hemoglobin is low, along with the red blood cell count and hematocrit.  But this isn’t always the case, and so just because all three of these are normal doesn’t mean you can’t have an iron deficiency.

While a complete blood count is commonly recommended by primary care physicians when someone has a routine physical examination, in my opinion an iron panel should also be ordered.  If someone has a normal iron panel but has depressed red blood cells, hemoglobin, and/or hematocrit, then other potential causes of the anemia should be investigated.  On the other hand, if someone has an iron deficiency, regardless of whether or not they have anemia, the cause of the deficiency should be addressed.

The Components of An Iron Panel

Now let’s discuss what an iron panel includes.  The reason I want to cover this is because for those medical doctors who actually do testing to determine if a patient of theirs has an iron deficiency, many will just order a serum iron test and/or ferritin.  But after reading this you will hopefully understand why it’s necessary to do a complete iron panel.

Serum Iron.  This measures the amount of iron in the blood.  The average reference range is 60-170 mcg/dL, although I usually like to see this to be at least 90 to 100.

Ferritin.  Ferritin is a protein that stores iron, and a low ferritin is usually the first sign of an iron deficiency.  As a result, someone can have a normal serum iron, but if they have a low or depressed ferritin then this is indicative of an iron deficiency.  The normal reference range used by most labs is between 12-150 ng/mL.  However I like to see it between 70 and 90.  One important thing to keep in mind is that inflammation can raise the ferritin levels, which is why you can’t rely on this test alone.

Iron Saturation.  This is also referred to as tranferrin saturation or % saturation.  Iron saturation tells us how much serum iron is actually bound to a protein called transferrin.  For example, if someone has a value of 20% then this means that 20% of the iron-binding sites of transferrin are being occupied by iron.  A low value is common in an iron deficiency.  The normal reference range is between 15 to 50%, although ideally you want this to be around 30 to 35%.

Total iron binding capacity (TIBC). When iron moves through the blood it is attached to transferrin.  TIBC measures how well transferrin can carry iron in the blood.  A high TIBC means that the iron stores are low.  The lab reference range is usually between 240-450 mcg/dL.

When Is Someone Considered To Be Iron Deficient?

Most Docs will consider someone to be iron deficient if they fall outside of the lab reference range.  So for example, if a patient has a serum iron of 65 mcg/dL, a ferritin of 15 ng/mL, and an iron saturation of 18% they would be labeled as normal by most medical doctors.  But just as is the case with most other blood tests, there is a difference between the “lab” reference range and the “functional” reference range.  So as I mentioned earlier, if ferritin is on the low side but is still within the normal lab reference range, you need to suspect iron deficiency.  This is especially true if the person has a low iron saturation, serum iron, and/or high TIBC.

What Are Common Causes of Iron Deficiency?

There are three main reasons why someone becomes deficient in iron.  One reason is due to blood loss such as in heavy periods. A second reason for an iron deficiency is due to iron malabsorption.  This can be caused by numerous factors.  For example, in the past I have spoken about H. Pylori, which is a common infection in autoimmune thyroid condition.  Numerous studies have shown that H. Pylori infection can cause iron deficiency (2) (3) (4), and eradication of H. Pylori can improve serum levels of iron (5).  Another study concluded that malabsorption of iron is a complication of giardiasis (6).

How Does Iron Deficiency Anemia Relate To Thyroid Health?

How Can You Treat Iron Deficiency Anemia?

Once you’ve determined you have iron deficiency anemia, many healthcare professionals will recommend for the patient to take iron supplements.  Although it might be necessary for someone with iron deficiency anemia to supplement with iron and/or increase their consumption of iron-rich foods, this of course doesn’t do anything for the cause of the iron deficiency.  It’s important to try to determine the cause of the low iron levels so that it can be addressed.  For example, if someone has an infection such as SIBO or H. Pylori that is responsible for the iron deficiency then of course these need to be addressed.  Plus, such infections will usually affect the absorption of other vitamins and minerals as well.  If someone has low iron levels due to a heavy menstrual flow then it’s a good idea to be aware of this as well.

This is why I take a thorough case history with my patients to determine the cause of the iron deficiency.  For example, just because someone has a heavy menstrual flow doesn’t mean they can’t also have gastrointestinal issues which are affecting the absorption of iron.  So it is very possible for someone to have more than one factor which is causing the iron deficiency.  Probably the most important factor is to make sure the person has a healthy gut.

Even though many people have an iron deficiency, many conventional doctors don’t routinely order iron panels.  Plus, many who do will only order a serum iron or ferritin, but it is a good idea to order a complete iron panel consisting of serum iron, ferritin, iron saturation, and TIBC.  In addition, you can’t always rely on the lab reference range to determine if someone has a deficiency.  Three main reasons why someone becomes deficient in iron is blood loss, while malabsorption of iron is another common cause.  And of course dietary intake is also a factor. Iron deficiency can also lead to a decrease in thyroid hormone levels which is one of the first symptoms seen in hair loss.  And while taking an iron supplement might be necessary, it’s important to determine the root cause of the iron deficiency in the first place!

I’m so glad you’re here! I’m thrilled to share with you, my approach to treating the person from the inside-out. A process focusing on natural regeneration of the body.

Insulin Resistance and How it Impacts your Thyroid

The beauty of our bodies is that when our hormones are in sync, an elegant ballad of harmony is created between them. But, there are times in our...

END_OF_DOCUMENT_TOKEN_TO_BE_REPLACED

Did you know that your gut and thyroid share a special relationship with one another? So much so that if one of them is out of balance, it...

END_OF_DOCUMENT_TOKEN_TO_BE_REPLACED

Anyone who’s ever dealt with the terrible dry, itchy, red skin caused by eczema has probably wondered “What could possibly be causing this?!” I...