Protect your Body from Radiation Exposure

Protect your Body from Radiation Exposure

If you suspect that you have been exposed to radiation, think of sipping ginkgo tea instead of drinking coffee or tea. Antioxidant extracts of the leaves of the Gingko biloba tree may protect cells from radiation damage, according to a study published in the International Journal of Low Radiation. Ginkgo leaf extract contains antioxidant compounds called ginkgolides and bilobalides which help scavenge free radicals. The compounds are thought to protect cells from damage from oxidative stress or “disease” in the body.

This information important for those undergoing radiation treatment, as well as for those who are exposed to radiation from airplanes and every day technology, or work in an environment such as hospitals that put them at risk for radiation exposure.

In an abstract by Ingrid Emerit, “Clastogenic Factors: A Link Between Chronic Inflammation and Carcinogenesis” she states: “Clastogenic factors (CF), also called chromosome breakage factors, were first described by radiobiologists in 1968…It was noted that not only do therapeutically or accidentally irradiated persons show an increased frequency of chromosome breaks and rearrangements in their own cells, but the plasma of these persons contains chromosome damaging material able to induce chromosome damage after transfer into cell cultures. These CF were circulating in the blood stream of the irradiated persons even years after the irradiation event.

The mitochondria is the powerhouse of the cell, making ATP energy. It is vital that the mitochondrial membrane contains a substance called cardiolipin. Unfortunately, when radiation causes cellular membrane damage it also attacks the mitochondria and its membrane, thus displacing cardiolipin, causing severe energy leaks. Remember that we can’t heal without functioning mitochondria. 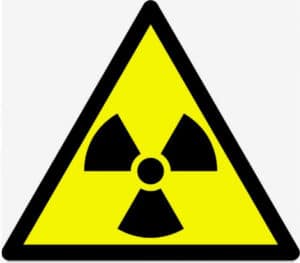 Glutathione’s role is to prevent damage or cell death from happening. The importance of glutathione’s function is illustrated in the fact that every organ system in the body has diseases associated with reduced levels. When levels are low, mitochondria function is impaired; conversely, impaired mitochondria compromise glutathione. Receiving weekly glutathione IVs, can help to boost your body’s natural detoxification and healing process from radiation, while improving the health of the mitochondria.

Lemon Balm has been used over the centuries to promote relaxation, sleep and improved memory.But most importantly, lemon balm has the potential to protect our cells from radiation. A study, using radiation technicians who were being exposed to low levels of daily radiation, revealed that lemon balm had various protective effects. After drinking 1.5 grams/100ml lemon balm tea twice a day for 30 days, cell damage was accessed. The subjects showed a 12% increase in glutathione peroxidase, an enzyme that protects from oxidative damage. It was also established that lemon balm protected DNA inside the nucleus of the cell. (Zeraatpishe A, Oryan S, Bagherri MH, et al. Effects of Melissa offiinalis L. on oxidative status and DNA damage in subjects exposed to long-term low-dose ionizing radiation. Toxicol Ind Health. 2011 Apr:27(3): 205-12)

Astaxanthin, one of the most powerful antioxidants available (65 times more potent than Vitamin C), is derived from a microalgae called Haematococcus pluvialis. Astaxanthin protects our skin from ultraviolet rays, protects our retinas, and crosses the blood brain barrier, protecting our brain from free radical damage. But it too can protect us from radiation exposure.

It is wise to keep these above-mentioned natural radiation protectors on hand. Before flying or getting a CT scan, take a week prior and a week after the trip or procedure to mitigate cellular distress. Your cell membranes and DNA will celebrate your efforts to protect their delicate workings.

If you suspect that you have been exposed to any kind of radiation, please contact the office to schedule an appointment for a glutathione IV as soon as possible.

Your mitochondria are largely responsible for turning the food you eat into a form your cells can use. Basically converting your food to energy. ...

END_OF_DOCUMENT_TOKEN_TO_BE_REPLACED

A Gentle Detox to Cleanse Your Body

As a Naturopathic Doctor I am always searching for pathways to healing for myself and my patients. In all my years and travels around the globe, I...

END_OF_DOCUMENT_TOKEN_TO_BE_REPLACED

Cleansing gallbladder sludge is crucial for optimal gallbladder function and liver detox. What many people are unaware of is that the gallbladder is...