Let’s talk orgasms: They’re supposed to feel good, what I’m getting at is that they’re most definitely not supposed to be painful. When a woman experiences pain during orgasm, it may feel like cramping in the lower abdomen. Some of my patients report that the pain radiates up into the back or down into the rectal area. It may last for anywhere between a few minutes to a few hours after an orgasm.

While climaxing isn’t necessarily the be-all and end-all of fulfilling sex, orgasms should ultimately be pleasurable, not painful. They could be a signal from your body that there’s an underlying condition, one that you should definitely get checked out. Below I share some of the most common reasons related to a painful orgasm.

By far, the most common cause of painful orgasms is pelvic floor dysfunction. Think of the muscles of your pelvic floor like a basket that supports your pelvic organs. If those muscles are too short and tight, and then your orgasm causes a contraction that pulls on those muscles repeatedly, that can cause residual pain. How to know if this is you? People with really tight pelvic floors may have other symptoms, too: They can’t use a tampon, or initial penetration can be painful, or they may have chronic constipation. Those are all signs that the pelvic floor muscles may be too tight or dysfunctional. A pelvic physical therapist can help you understand how your pelvic floor relates to your core so you can stretch and release muscles rather than tightening or contracting them unnecessarily.

In endometriosis, uterine tissue (endometrium) may start to grow outside of the uterus (where it does not belong), causing scar tissue buildup in and around the pelvis that can be incredibly painful during sex or orgasm. If you’re living with endo, you may also have long, heavy, painful periods, menstrual cramping, low-back pain, and pain with bowel movements or urination.

Like endometriosis, adenomyosis is a uterine lining problem. While the two conditions share similar symptoms (cramps, pelvic pain, low back pressure, heavy periods), there is one major difference. The uterine tissue in adenomyosis builds up inside the uterine walls, growing thicker with each menstrual cycle, and may eventually break through the uterine muscle wall. Because this condition can result in an enlarged uterus, your abdomen may be more tender and sensitive to pressure, resulting in pain with orgasm/sex.

Pelvic inflammatory disease (PID) is an infection of the reproductive organs usually caused by a sexually transmitted infection (STI) or other infection that has traveled from the vagina into the uterus or beyond into the fallopian tubes and/or ovaries. Symptoms can include pelvic pain during urination or sex, bleeding during sex, as well as fever and a change in discharge.

Ovarian cysts are fluid-filled sacs that may appear in your ovaries after ovulation each month. They tend to form and then disappear, but in some circumstances, they can hang around for a while, increase in size, or even rupture. You may feel pain with penetration during sex, or pain with orgasm more on one side of your body than the other, as cysts tend to be localized more on one ovary (left or right).

Fibroids are noncancerous tumors that grow in the uterine wall. While they are almost always benign and may not cause symptoms, some larger fibroids may cause the uterus itself to enlarge, which can result in significant pain. Prolonged or heavy periods, back or pelvic pain, and abdominal pressure, especially during penetration, are common symptoms. An enlarged uterus may also put pressure on your pelvic floor muscles, causing pain during orgasm.

Often mistaken for a UTI, interstitial cystitis IC is a chronic bladder condition also known as painful bladder syndrome. It can result in a frequent urge to urinate (just like a UTI), pelvic pain or pressure, and major discomfort during sex/orgasm due to an irritated, inflamed bladder.

A type of inflammatory bowel disease (IBD), Crohn’s disease is marked by inflammation of different areas of the digestive tract, leading to serious pelvic pain, as well as severe diarrhea, fatigue, weight loss, and blood in the stool. This inflammation can result in major tenderness in the abdomen, and so—at the very least—sex and orgasms may not feel as pleasurable as they can/should, or, plainly speaking, they could downright hurt.

If you have irritable bowel syndrome (IBS), you likely experience abdominal pain, cramping, bloating, gas, and regular diarrhea and/or constipation, and the resulting pelvic pain can make sex or orgasm uncomfortable. Arousal or orgasm may also make your IBS symptoms worse after climax, which experts believe may be caused by increased blood flow to your pelvis or contractions of the uterus, which is snuggled right up against the intestines and can irritate them.

If you’ve had a vaginal delivery that resulted in a perineal tear, you may have scar tissue that’s causing problems now with orgasm. Scar tissue can cause tightness in your pelvic floor, even if your pelvic floor muscles are lax. In a post-cesarean birth, it comes back to scar tissue again here: The healing processes from a cesarean-section (or even in a laparoscopic surgery) can pull on your pelvic muscles in a way that’s new and different because the myofascial structure has changed post-surgery.

What To Do About It

While it may feel like you’re relegated to having less satisfying or painful orgasms, know that this is not a phenomenon you need to keep experiencing. So where should you begin? I’d recommend addressing any conditions that may have cropped up, like undiagnosed PID, endometriosis, IBS, IBD, IC, uterine fibroids, or ovarian cysts, and we will work on treating the root cause of any of these conditions that have already been diagnosed. There are natural resolutions to all of these issues, it’s just about unraveling why the occurred in the first place.

I’m so glad you’re here! I’m thrilled to share with you, my approach to treating the person from the inside-out. A process focusing on natural regeneration of the body. 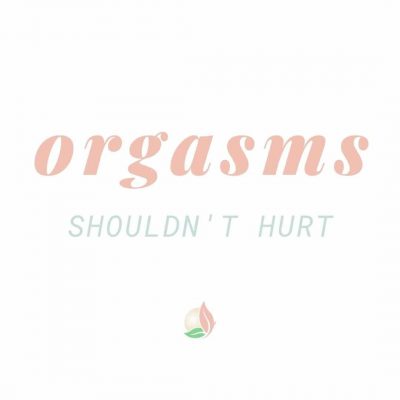 The lymphatic system is an essential part of the immune system as this fluid also carries lymphocytes, dendritic cells, and immunoglobulins to fight...

END_OF_DOCUMENT_TOKEN_TO_BE_REPLACED

Eat these Foods to Enhance Fertility

For most women, fertility peaks during their 20s and early 30s. After that, it gradually starts to decline as ovaries produce fewer eggs and less...