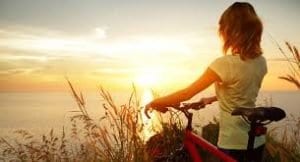 Current treatments for Parkinson’s disease are generally limited to temporarily replacing dopamine in the brain as well as some medications designed to slow the progression of the disease process. Recently, researchers have shown that oxidative stress in the brain may play a critical role in the Parkinson’s disease process, and that this stress also lowers levels of glutathione, a chemical produced by the brain to counteract oxidative stress.

Studies in brain cells showed that NAC helps reduce oxidative damage to neurons by helping restore the levels of the antioxidant glutathione. NAC is an oral supplement that can be obtained at most nutrition stores, however, oral administration is not enough when it comes to seeing a significant impact for Parkinson’s patients. On the contrary however, when glutathione is given intravenously (IV), it has been shown to significantly reduce the side effects of Parkinson’s disease.

As a Naturopathic Doctor, I have seen the benefits of IV glutathione first hand with many of my Parkinson’s patients. If you, or someone you know, is suffering from the deleterious effects of Parkinson’s disease, this is an easy IV to receive and the results are exemplary!

Your mitochondria are largely responsible for turning the food you eat into a form your cells can use. Basically converting your food to energy. ...

END_OF_DOCUMENT_TOKEN_TO_BE_REPLACED

You CAN get Pregnant

Fertility is a Possibility  Most people don’t realize that fertility is fluid and ever-changing throughout a person’s reproductive life. For...