Is your Need for Weed Good for your Body?

How Marijuana Use can Affect your Hormones and Overall Health

While Cannabis (or Marijuana) is being legalized in more and more states, both the adverse and beneficial effects of its use are starting to be better understood. The active compound in cannabis, THC (tetrahydrocannabinol) is widely known to have effects on the brain, producing the “high” that many users are seeking. However, the other more adverse effects cannabis can have on the body are less widely known. In this article, I want to focus mainly on how cannabis can affect your hormones, primarily through the pituitary, thyroid, and adrenal glands, and the reproductive system.

The Endocannabinoid System (ECS) and How It Works

Endocannabinoids are molecules naturally produced in the body in small amounts that act on cannabinoid receptors and play important roles in various processes. There are 2 types of cannabinoid receptors in the body, CB1 and CB2, and a few orphan receptors that also bind with the endocannabinoids. These are the same receptors that THC and CBD binds and activates. The ECS is involved in regulating fertility, pregnancy, appetite, pain-sensation, mood, memory, energy balance, homeostasis, and the immune system. It is also responsible for “runner’s high” through spikes in endocannabinoids circulating in the blood to the brain, where it affects the reward center of the brain through dopamine release.

The short explanation of how THC works is that it binds to the cannabinoid receptors CB1 and CB2 on the outer membranes of the cells. The levels of the amount of cannabinoids  made in the body are regulated by the amount enzymes made and how they are broken down in the body.  The CB1 receptor is mostly found in the brain whereas CB2 is found in tissues found in the immune system and the gut. However endocannabinoids also react with the ion channel TRVP1 which reduces the perception of pain when activated. Natural responses such as exercise, weight management, stress reduction and elimination of toxins also activate this same channel.

Cannabis’s Effects on the Adrenals

The Hypothalamus-Pituitary-Adrenal (HPA) axis controls the stress response ultimately through the release of cortisol. When different regions of the brain sense a stressor (whether emotional, chemical, physical, or pathogenic), neural signals are sent to the hypothalamus which triggers the release of various “brain hormones” into the bloodstream. It has been shown that THC increases circulating cortisol levels after use (2,3). For infrequent cannabis users, this increase in cortisol can cause increases in blood pressure and anxiety (4). In long-term users, sustained increase of cortisol blunts the body’s natural reactions to changes in cortisol and can affect a woman’s libido and menstrual cycle. Long-term use also has the potential to blunt the morning spike of cortisol. Upon waking, cortisol levels spike, slowly declining throughout the day. This spike of cortisol making it more difficult to shake off sleep and function normally…yikes!

Cannabis’s Effects on the Thyroid

The Hypothalamus’ effect on the thyroid is responsible for maintaining metabolic rate, heart and digestive functions, muscle control, brain development, and bone health. THC however, inhibits secretion of thyroid hormone from the pituitary gland (5,6,). This effect is dose-dependent, meaning the more you consume, the more it depresses TSH levels in your blood. This decrease in TSH levels causes a decrease in synthesis of active thyroid hormones. This results in symptoms of hypothyroidism including fatigue, weight gain, cold intolerance, depression, decreased libido, and abnormal menstrual cycles.

Cannabis’s Effects on the Reproductive System

The hypothalamus secretes gonadotrophin-releasing hormone (GnRH) which stimulates the pituitary to secrete follicle-stimulating hormone (FSH) and luteinizing hormone (LH). FSH and LH are important in regulating gonadal function in both sexes. In women, FSH and LH are important for pubertal development and ovarian function and play an important role during the menstrual cycle. In men, FSH is essential to the function of the testes and their production of sperm and LH stimulates the production of testosterone.

THC use in women inhibits the maturation of the ovarian follicle, and ovulation, through the mitochondria (7). During ovulation, the body releases a surge of endocannabinoids in the ovary; excess cannabinoids from cannabis consumption can disrupt the ovulatory surge and lead to an irregular cycle while preventing the conversion of progesterone. THC also has an impact on the developing fetus so stopping cannabis use while trying to conceive will help both you and your developing baby (12).

THC use in men has been shown to decrease sperm count, reduce serum testosterone, reduce sperm motility, and inhibit the processes needed to facilitate sperms’ ability to achieve conception (7,10,11). These effects can lead to a decrease in fertility in both men and women, but fertility can return if cannabis use discontinues.

If you are a habitual Marijuana user and your energy level and sex-drive are lackluster, it may be wise to periodically test your levels of adrenal hormones (cortisol, DHEA-S), sex hormones (estradiol, progesterone, and testosterone), and thyroid hormones (T4, T3, TSH, TPOab) to make sure THC isn’t blunting your edge. Simple and convenient urine tests can help determine if cannabis use is impacting your overall health. 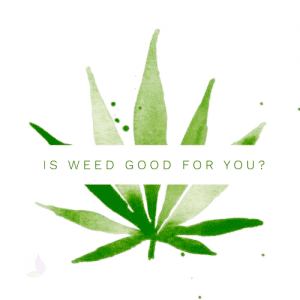 END_OF_DOCUMENT_TOKEN_TO_BE_REPLACED

Do you find that you’re regularly “triggered” by seemingly minor events or scenarios?​ ​Possibly that you've been told by your friends or family...

END_OF_DOCUMENT_TOKEN_TO_BE_REPLACED

If painful intercourse is causing you more pain than pleasure, you're not alone. While it's very common...