If you’ve been diagnosed with depression, your doctor may have said that you’ve inherited the depression gene and you may worry that having a depressed family member means that you’ll get depression too. The next thing they’ll recommend is putting you on an antidepressant such as an SSRI which prolongs more serotonin to stay in your system or another medication to silence your symptoms. Sadly most of these medications wreak havoc on the gut leading to a vicious cycle of more medications and worse symptomology. 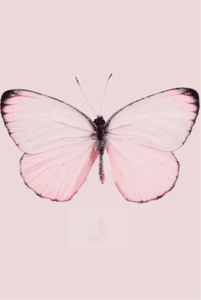 Science has consistently shown that chronic inflammation is at the root of nearly every disease. Inflammation is linked to everything from metabolic disorders, like obesity and diabetes, to neurodegenerative diseases and cancer. I’ve personally treated hundreds of patients diagnosed with depression whose bodies were on fire with chronic inflammation rising most especially from their gut. My clinical success rates are so high because I recognize that depression is a symptom, not a disease, and I treat the cause of the symptom which is the inflammation.

Although serotonin is well known as a brain neurotransmitter, it is estimated that most of the body’s serotonin is made in the digestive tract. Our gut consists of sheaths of neurons embedded within it’s walls. In fact, altered levels of this peripheral serotonin have been linked to diseases such as irritable bowel syndrome, cardiovascular disease, and osteoporosis. A big part of our emotions are actually influenced by the nerves in our gut.

Gut bacteria have also been found to play a significant role in the communication that goes on between the brain and the gut.

When most people talk about gut bacteria, they are referring to the friendly and beneficial microorganisms housed in the digestive tract. These microorganisms come together and form a community, or what is otherwise known as a microbiome.

Gut bacteria and overall gut health significantly influence the communication between the brain and the gut. When the gut is full of healthy bacteria, it has the potential to regulate mood and positive feelings.

How to Heal your Gut and Stop your Depression

For over a decade now I have been treating patients suffering from long term depression, irritability and moodiness using my newest formulation called Gut Be Calm™. My proprietary formulation is customized to help heal the inner nervous system of the gut to balance neurotransmitters and GI inflammation. It is now available for purchase on-line to help those that can’t see me personally in-office. Start by healing from the inside out. The investment in your own health is the healthiest choice you’ll ever make.

To order your own Gut Be Calm™ or to learn more, please click here.

Getting Rid of Your Constipation with these Tips

​I know how frustrating it is to feel like you’re doing all of the ‘right’ things such as following a gluten free + dairy free, keto,...

END_OF_DOCUMENT_TOKEN_TO_BE_REPLACED

I know how frustrating it is to feel like you’re doing all of the ‘right’ things such as following a gluten free + dairy...

END_OF_DOCUMENT_TOKEN_TO_BE_REPLACED

Do you know what one of my favorite organs in the body is? It’s the gall bladder. While it’s a smaller organ, it’s one of the most important. This...