The Powerful Benefits of Glutathione

If you haven’t heard of glutathione yet, you will. In terms of staying healthy, it’s one of the most important molecules in the body. To appreciate the power of Glutathione, an understanding is needed of the process of oxidation which damages our cells on a daily basis. But to put it simply, I like to call it the Pac Man (or woman) of the immune system. It makes it’s way throughout the body, chomping on the bad guys.

Essential body processes such as breathing, digestion, energy production, immune function, the detoxification of harmful substances including alcohol, drugs or pollution and hormonal activity, produce destructive substances known as free radicals.The process by which these highly reactive free radicals are produced is oxidation. A good example is a freshly cut avocado turning brown.

Oxygen literally burns, which is why a cut fruit such as an avocado becomes brown. Squeezing antioxidant rich lemon juice (which is high in vitamin C, another powerful antioxidant) onto cut avocado will prevent oxidation and maintain the color of the fruit. In a similar way, our bodies have the internal resources for the ongoing fight against free radicals, one of the principle defenses being antioxidants such as glutathione. Oxidative stress occurs when there is an imbalance between free radicals and antioxidants, and is a factor in the development of many chronic illnesses and accelerated aging.

There is more to glutathione than its antioxidant capacity. It is also a powerful detoxifying agent and is highly concentrated in the liver as well as being found in every cell of the body. The liver is a miraculous organ with many vital functions that include the ability to detoxify harmful substances in the body. This process by which liver enzymes chemically change wastes and toxins so that they can be dissolved in water and excreted, is known as liver detoxification. There are two phases of detoxification, phase one and phase two.

In Phase One, toxic substances are combined with oxygen (oxidized) to destroy the harmful free radicals This stage produces intermediate, highly reactive toxins that can be more poisonous than the original toxins and they must be further transformed for excretion from the body. This is where glutathione comes in.

In Phase Two the toxins need to be joined together (conjugated) with another substance and converted from a fat soluble into a water soluble state so that they can leave the body through the urine or feces. Depending on their type, the toxins are combined with different substances, via six different chemical pathways. The glutathione conjugation pathway is a major detoxification pathway.

Glutathione in the Diet

Glutathione is made by the body from its component amino acids, glycine, glutamate and cysteine. These amino acids are found in protein foods such as fish, chicken, eggs, meat, lentils, beans and pulses. However, the body doesn’t always convert these building blocks into glutathione very efficiently. Additionally cysteine isn’t always in plentiful supply in the diet. Finally, digestive problems can lead to deficiency, despite adequate intake. Glutathione itself is found in fish, meat, seeds and nuts. However it tends not to survive the stomach acid without being broken down. This is why the IV form of glutathione is the most recommended and potent methods of delivery. This process allows for the maximum absorption and utilization of glutathione immediately.

The Importance of Health and Glutathione

An efficiently working liver is crucial to overall health. Glutathione stores in the liver can be easily depleted. The persistent stress of modern day living and the many thousands of toxic substances in the environment, for example pesticides, pollution, plastics, household cleaners, cosmetics and pharmaceutical drugs, alcohol and chemicals in packaged foods, and stress will all use up supplies of glutathione, leaving the liver vulnerable to toxic damage. People with hepatitis and alcoholics have been found to have chronically low glutathione stores.

If you find yourself in need of strengthening your overall health or immunity quickly, then regular Glutathione IV therapy can assist you greatly. It’s important to note, that consistent dosing is imperative to heal and repair any underlying stress or disease to the body. Therefore, regular IV therapy (once a week or more) can greatly enhance results. To schedule an appointment to receive a Glutathione IV, please contact the office below. 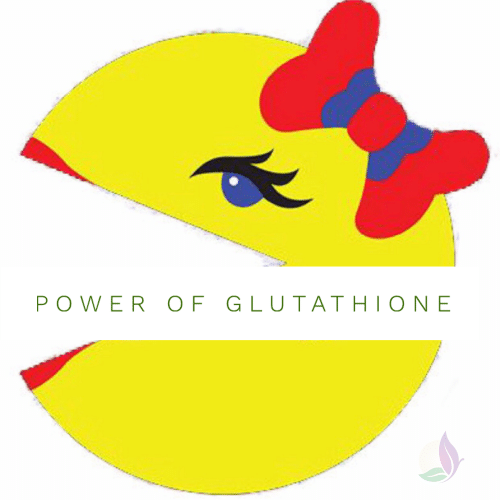 Is it a Histamine Allergy or Mast Cell Activation Syndrome?

Welcome to Regenerate You™, I’m Dr. Nirvana! Have you noticed that you’re becoming very sensitive and...

END_OF_DOCUMENT_TOKEN_TO_BE_REPLACED

We have an increasing number of things that demand our time and attention every day. Many of us aren’t sleeping as well as we should and we lead...

END_OF_DOCUMENT_TOKEN_TO_BE_REPLACED

MTHFR is an enzyme that adds a methyl group to folic acid to make it usable by the body. The MTHFR gene produces this MTHFR enzyme that’s also...