Energy drinks are widely promoted as products that increase energy and enhance mental alertness and physical performance. Next to multivitamins, energy drinks are the most popular dietary supplement consumed. There are two kinds of energy drink products. One is sold in containers similar in size to those of ordinary soft drinks, such as a 16-oz. bottle. The other kind, called “energy shots,” is sold in small containers holding 2 to 2½ oz. of concentrated liquid. Caffeine is a major ingredient in both types of energy drink products—at levels of 70 to 240 mg in a 16-oz. drink and 113 to 200 mg in an energy shot. (For comparison, a 12-oz. can of cola contains about 35 mg of caffeine, and an 8-oz. cup of coffee contains about 100 mg.) Another major ingredient in energy drinks includes artificial and “natural” sweeteners (stevia). Caffeine makes the body think is it under stress, which raises the cortisol level, raises the insulin level, and causes carbohydrates to be deposited as fat.  In the long run, the brain becomes depleted of the major neurotransmitters that contribute to a variety of mental health concerns such as depression, lethargy, ADD, and insomnia.

Neurotransmitters are molecules that regulate brain function. They are chemicals which relay messages from nerve to nerve both within the brain and outside the brain. They also relay messages from nerve to muscle, lungs, and intestinal tracts. They can accentuate emotion, thought processes, joy, elation and also fear, anxiety, insomnia and that terrible urge to over indulge in food, alcohol, drugs, etc. In short, neurotransmitters are used all over the body to transmit information and signals. 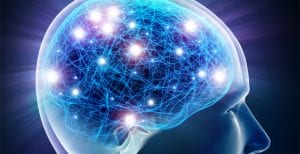 If you believe that your caffeine consumption has become addictive or is the root cause of your mental health imbalances, please know that a simple test can help to determine your neurotransmitter imbalances. Please contact the office here, to begin.

Do you find that you’re regularly “triggered” by seemingly minor events or scenarios?​ ​Possibly that you've been told by your friends or family...

END_OF_DOCUMENT_TOKEN_TO_BE_REPLACED

Welcome to Regenerate You™, I’m Dr. Nirvana! As we all know, the brain is responsible for directing the...

END_OF_DOCUMENT_TOKEN_TO_BE_REPLACED

We have an increasing number of things that demand our time and attention every day. Many of us aren’t sleeping as well as we should and we lead...