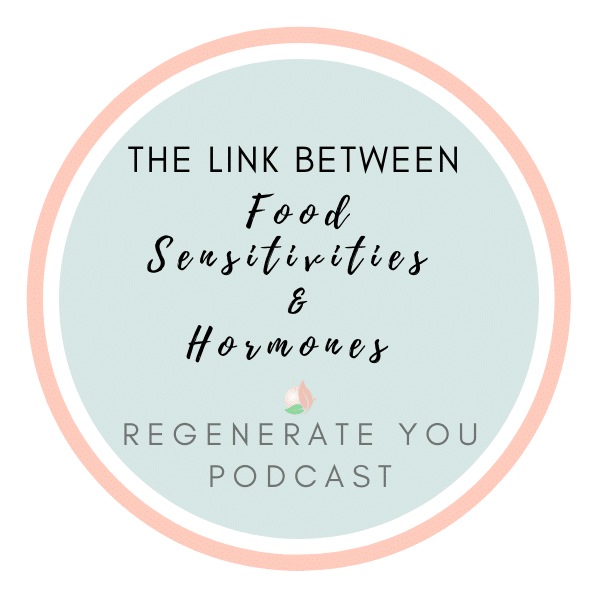 The Link Between Food Intolerance, Hormones and Your Gut Health

Welcome to Regenerate You!

If you find yourself struggling with food intolerances of any kind, then it’s most likely causing an imbalance in your hormones as well. And if you’ve been diagnosed with low testosterone, PCOS, estrogen dominance, thyroid issues, or insulin resistance; then your food sensitivities are making them worse.

In this Podcast, I discuss how they’re linked and where to begin to help heal and regenerate your body from the attack on your immune system.

If you have Celiac Disease, an autoimmune disease that’s the most severe form of gluten intolerance, and are still experiencing symptoms after going gluten-free, you may still be getting gluten exposure from hidden sources. Both forms (Celiac’s and gluten intolerance) can cause widespread symptoms, many of which have nothing to do with digestion. They can both lead to further inflammation in the body as well as Hashimoto’s disease. However some people do have non-celiac gluten sensitivity as well. Either way it’s important to limit your exposure to gluten 100%. Here’s a comprehensive list the known and hidden sources of gluten, which will help you identify potential exposures that you weren’t aware of.

For those with Celiac Disease, complete avoidance of gluten is important. Some non-Celiac patients may also be sensitive enough that even tiny exposures are problematic. If you feel like you have successfully eliminated gluten from your diet and are still experiencing gluten-associated symptoms. When you are gluten sensitive, your body is creating antibodies against gluten. Those same antibodies can also recognize proteins in other foods that have similar structures and mimic the reaction they have to gluten.  Which non-gluten foods you may react to will depend on the antibodies your body has formed against gluten.  Not everyone will have a cross-reaction to all the below foods, but it’s important to consider if you’ve gone gluten-free and are still experiencing symptoms.

In those with celiac disease or a gluten sensitivity, increased intestinal permeability or ‘leaky gut’ is common. This can further aggravate the formation of food sensitivities.  Healing an unhealthy gut may help alleviate some of these cross-reactions or sensitivities to gluten. However the best course of action would be to determine the root cause of your gut issues in the first place. 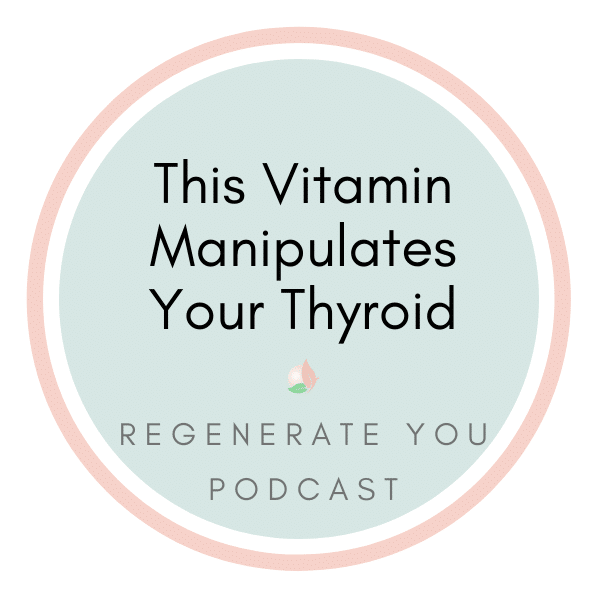 This Vitamin Manipulates Your Thyroid

In this podcast, I discuss one particular vitamin that most people are taking, that can alter the results of your thyroid labs. Why is this important? Well, it will allow for a false positive meaning that you’re not really seeing how you’re thyroid is doing. This then results in a false diagnosis and treatment of your thyoid, leaving you still feeling terrible and not addressing your thyroid issues correctly. 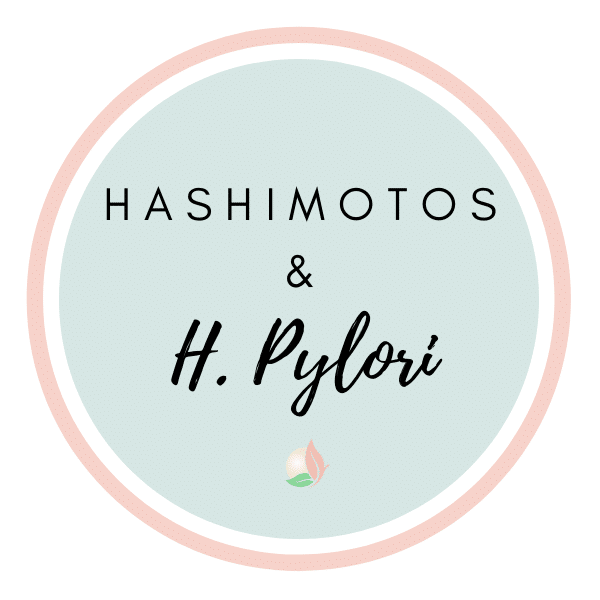 Is H. Pylori Contributing to Your Thyroid Issues?

The Link Between Hashimoto's & H. Pylori

While some people feel better after removing the common foods that are disruptive to Hashimoto’s such as gluten and dairy; this only partially alleviates symptoms that are still lurking “underneath the thyroid’s surface”. You may initially feel better, and your thyroid antibodies may drop to acceptable ranges, but inevitably what happens is that their health problems begin creeping back in. All of a sudden they notice that they become sensitive to nuts, fruits and eggs, and other healthier foods, even though they may be on a Paleo or Keto diet; which they initially started because they found out they were sensitive to dairy and gluten. Their symptoms returned because their gut was still harboring “bugs” that were unwilling to let go of their warm and comfy home, even though they weren’t being fed their favorite foods any longer.

Which Bug Offends the Thyroid Most?

It’s known as  Helicobacter pylori (H.Pylori)  which is connected to both Hashimoto’s and Graves’ disease and can even cause a new onset food sensitivities. We know that the three-legged stool of autoimmunity consists of the genetic predisposition, the triggers, and the leaky gut. All three are required to be present for the autoimmune condition to manifest. Eliminating the triggers and addressing the leaky gut is key to getting autoimmune thyroid disease in remission

Where Can Infections Live?

Infections can live in your gums, your sinuses, your thyroid gland, your stomach, your intestines, and anywhere in your body. These infections can contribute to the development of autoimmunity through various mechanisms, depending on where they decide to take up residence.  The infections that live in the gut (such as H. Pylori), gums or sinuses can also contribute to intestinal permeability directly.

Getting to Know H. Pylori

H. Pylori is a bacteria that burrows into our stomach lining and secretes urease, which neutralizes stomach acid. The byproduct of the urease and stomach acid is toxic to epithelial cells as are the other chemicals produced by this bacterium, leading to damage to cells, a disruption of tight junctions and inflammation. This bacterium can trigger an immune response and has been implicated in numerous autoimmune conditions, including Hashimoto’s. H. pylori has been implicated in ulcers and can contribute to low stomach acid, leading people to improperly digest their foods. In turn, the poorly digested foods are not broken down properly, and thus the person ends up with multiple food sensitivities as a result of this infection. Here’s an important point I want to make sure hits home: only a small percent, perhaps 5-10% of those infected will develop an ulcer with H. pylori. Others may have acid reflux, while as many as 50% may be asymptomatic! And, antibodies produced in response to H. pylori can cross-react with many normal tissue antigens, such as gut cells and even thyroid tissue. Meaning your thyroid is under constant attack if you are harboring H. Pylori in your gut!

These are the top 3 methods as to which H. Pylori can be tested:

*Breath test – this will be positive only in severe cases.

*Blood test – these differentiate between past and current infections, so it leaves a large area of discrepancy when it comes to treatment and current diagnosis.

*Stool antigen test – I prefer this test which can uncover many low-grade infections as well.

When considering how to treat your autoimmune thyroid condition, please remember that it’s not just about treating the thyroid, but what has caused your thyroid to become imbalanced in the first place. My Naturopathic approach is to treat the root cause and in Hashimoto’s it usually involves healing the gut, removing toxins, and balancing hormones. They’re all linked. 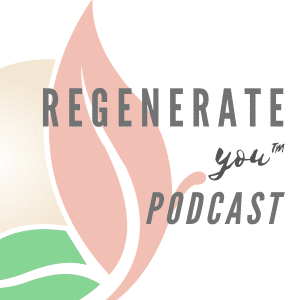 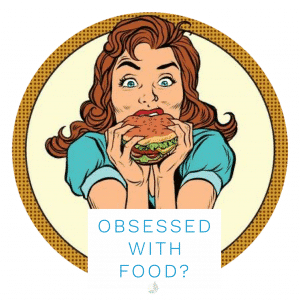 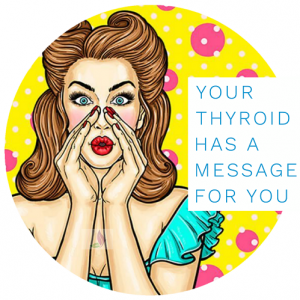 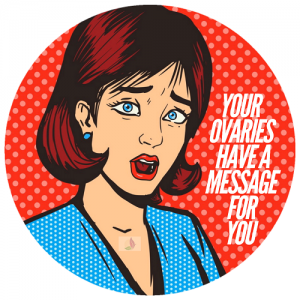 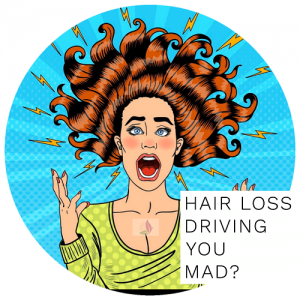